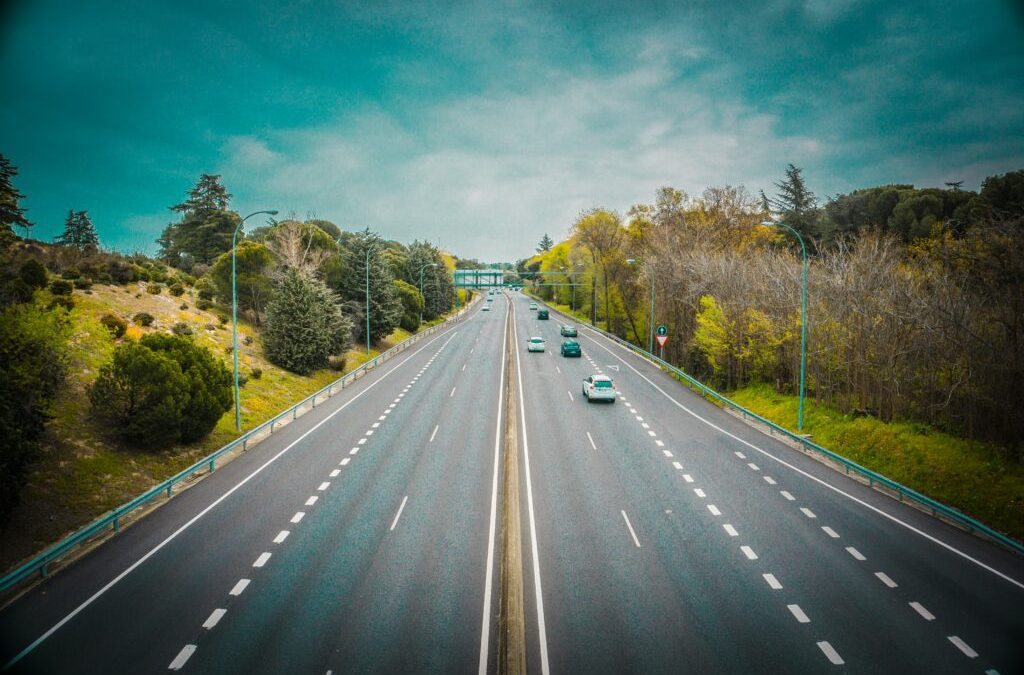 It’s a fourteen-hour drive from Charlottesville, VA to our home in Florida. Halfway home we stopped in Charleston for the night. After that much needed rest, we started out on the home stretch. John had driven the first seven hours, so I started off the next. In the middle lane on I-95 South somewhere in Georgia, we found ourselves side by side with large Mercedes touring van. It caught my attention a bit earlier. It was navy and very new with a Virginia ‘vanity’ plate.   A lover of words, I mused whether it was a first name, last name or some type of abbreviation. Unable to “crack the code,” I focused on driving and the miles continued to peaceably roll by.

Sometime later, that same van came up alongside of us and began to drift into our lane. At first, I thought the driver had a momentary loss of concentration, surely, he or she would self-correct. We were both going about 75 mph and the big blue van kept coming. Packed into our Ford Escape, we were no match for such an imposing threat. I remember calling out, “what is he doing?” Doing my best to check my side view mirror for any traffic in the right-hand lane, I simultaneously pulled right out of the middle lane as big blue claimed it. Phew!!

After a minute of shocked silence, John finally spoke. “You did a great job. I thought for sure we were dead.” After another minute of silence, I said, “thank you, Jesus,” to which John replied, “Amen.” Then he added, “let’s not talk about it right now.” We drove in silence until the next rest area, where we stopped for coffee and shared our thoughts and feelings about our close call. We were grateful to be alive and to be able to talk about it.

During prayer request at Bible study, members often ask for prayers for safe travels. I was no exception at our last study – asking for prayers for our trip. And before we left Charleston, I prayed again for safe travels. I know that doesn’t guarantee that everything will be perfect, but I believe it guarantees that the Lord is present with us in every situation. Ephesians 6:18 says,

And pray in the Spirit on all occasions with all kinds of prayers and requests.

When I think back over those crucial few seconds in time, I can’t remember them clearly. But, I do remember immediately afterwards thinking that Jesus took the wheel at that point because there is no way I could have moved our car out of harm’s way on my own. The fact that there was no traffic to the right of me was a miracle in itself. To Him be the glory.