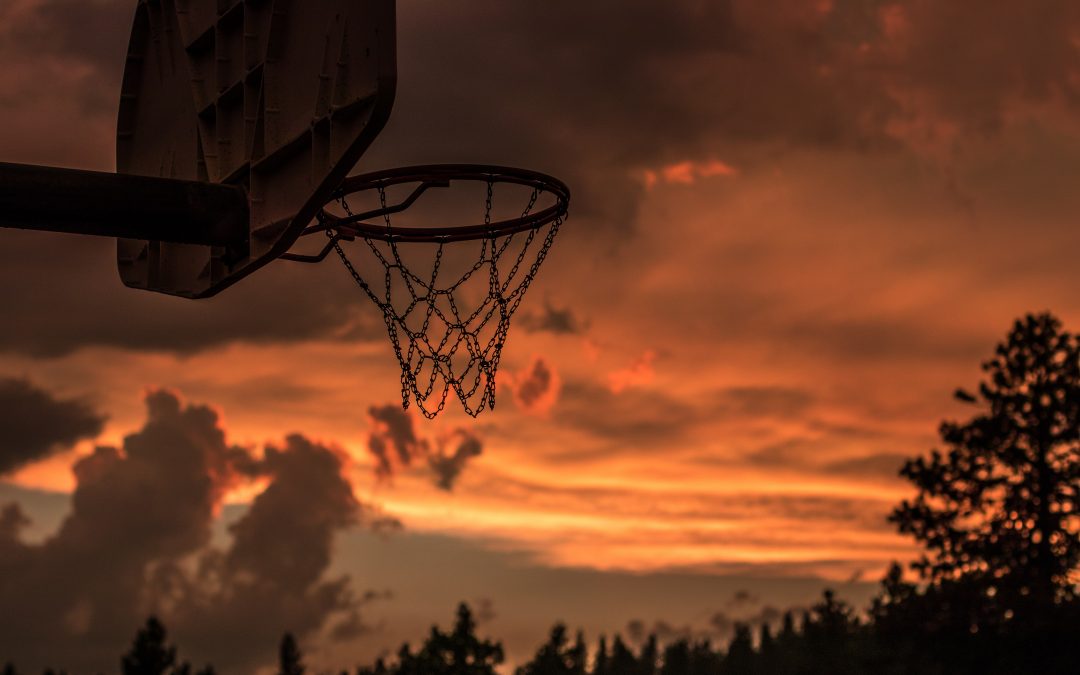 I love sports for many reasons. There are the games, the strategy, and the competition amongst different personalities with varying skill, all with the same desire. This combination proves, time and again, to be the perfect script for palpable drama and stories that are so perfect, we often say, “if it weren’t true, you wouldn’t believe it.” Above all, sports are a vehicle for hope, and sports, unlike so many other hopes in our lives, provide such clear-cut and tangible results that when a hope is realized, the joy can be equally as real.

The night of November 26, 2019, the eve of my brother Christian’s birthday, one such story occurred while hardly anyone was paying attention. According to kenpom.com, which rates every single Division 1 college basketball team in the country, #263-ranked Stephen F. Austin would play at #1 ranked Duke, a team that had not lost to a non-conference opponent, much less a non-conference team as lowly ranked as the Lumberjacks, since the year 2000. Duke, being a perennial powerhouse for decades, is one of the most-polarizing teams in the country. People are either a fan, or their second-favorite team is whoever is playing Duke. (if you’re a Duke fan, please bear with me)

Kenpom.com projected Duke to win 91-60 and put the odds of a Stephen F. Austin victory at 0.2%, but nevertheless, a Stephen F. Austin player found himself racing against the overtime clock with a chance to win. As the final seconds ticked away, he kept dashing towards the basket until he extended for a lay up with the final tenths of seconds vanishing from the clock, and before the commentator could say “if it weren’t true, you wouldn’t believe it,” he snuck the ball through the hoop just as time expired. Lumberjacks fans celebrated, along with the thousands of viewers who counted them as their second favorite team that night just because of who their opponent was.

At this point, you are probably wondering what business this type of article has on a Christian blog. After all, wishing misfortune on someone, even an enemy, is the opposite of Jesus’s teaching to love our enemies. (Matthew 5:44) Well, this is where God comes in, because as it turns out, Stephen F. Austin defeating Duke in basketball was only the second-biggest upset of the night. The bigger upset was nothing short of God’s providence.

The morning of November 27, my brother’s birthday, the sleeping anti-Duke fans awoke to learn their second-favorite team had knocked off Duke, and in their exhilaration, they read about a school many had never heard of and how they defied the 0.2% odds by beating the basketball powerhouse. For those that had tuned into the game the night before in the hopes of seeing a colossal basketball upset, they learned of a certain player on Stephen F. Austin who happened to be from Freeport, Bahamas.

Nate Bain, one of about eighteen Bahamian college basketball players, had been trying to raise money for his family, which had lost nearly everything in Hurricane Dorian. Through the school and in compliance with NCAA rules, Bain had set up a GoFundMe page to assist his family, but attending a small school with a small following such as Stephen F. Austin did not yield results anywhere near his goal of raising $25,000.  Over several months, he had raised a couple thousand dollars, which is a testament to the goodwill and charity of many in his community. His community was simply limited to a local area that had nowhere near nationwide reach. All of that, however, was about to change.

A clever writer, or even a great writer, might think of combining these unrelated circumstances in order to bring the attention of a national television audience to a family in need, but only the Divine author could script a story as good as what happened. Not only did the large, enthralled television crowd that tuned in just because they wanted to see Duke lose now learn of Nate Bain’s story, but that very player was the one to deliver them the game-winning basket.

Suddenly, thousands of dollars came pouring into the Bain family GoFundMe. When people woke up the next day and read about the Duke loss and the person who sunk the game-winner, the audience grew from the thousands that had watched to the millions that read about the story and tens of thousands of dollars more came pouring in. And in a testament to true sportsmanship and the spirit of goodwill and charity, the comments on the GoFundMe page are littered with Duke fans who contributed to Bain’s campaign and complimented him on a game well-played.

People who witnessed that story unfold, whether on the losing end or cheering for the winning team, got to experience a moment of transcendence. Whether in joy or in humility, they were able to tap into a pure place in their hearts, and out of their love and abundance give to someone who was truly in need. If only for a moment, those minds and hearts were elevated to a place beyond this world, and God willing, a sliver of hope was delivered to a family in desperate need of it.

It is this element of sports in which we can see the fingerprint of God and taste Heaven on Earth. If only our hearts and minds could be so oriented all the time. If only we did not need the result of a basketball game to be the catalyst that drives us towards loving and giving to our neighbors in need, and for many, that is the case. As if this story were not miraculous enough, God worked a personal angle into a story that was meant for everyone. I kept mentioning that this occurred on or around my brother’s birthday, because he has been one of those people who in charity and love has given of his time, talents, and treasure to help the people recovering from the tragedy in the Bahamas. So, I found it so perfectly fitting that he would awake on his birthday to the gift of thousands of people across the country generously giving to a cause that he has worked so hard to support. It is a perfect birthday gift from our perfect Heavenly Father for someone who has strived to do His work.

In taking this all in, I cannot help but recall the C.S. Lewis quote, “Miracles are a retelling in small letters of the very same story which is written across the whole world in letters too large for some of us to see.” No one tuned into that game expecting to see a miracle, but by the end, God had told one in small enough letters for every viewer, follower, and reader to see, and I am not talking about what happened on the court.